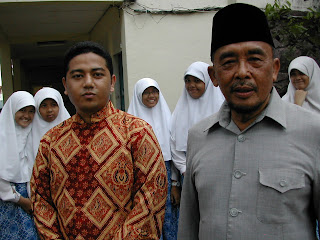 Muslim scholars are countering allegations that Islamic schools are terrorist breeding grounds by arguing that the schools are key weapons in the fight against extremism.

Religious Affairs Minister Suryadharma Ali said on Sunday that his ministry was seeing positive results after it had approached Islamic schools (madrasah), and Islamic boarding schools (pesantren), in order to disseminate the correct Islamic teachings.

He said that unlike the terrorists in the country whose targets and enemies were unclear, Islam taught that in jihad, the target was evident.

"The Muslims who died [in the terror attacks] were the innocent ones," Suryadharma said at a birthday celebration for Prophet Muhammad in Magelang, Central Java.

On Thursday, Mahrus Amin, the head of the Darunnajah Islamic Boarding School, told journalists that none of the terrorists who bombed several places in Indonesia were graduates of the country's pesantren.

“The kyai [Islamic clerics] know very well that none of them were pesantren alumni,” Mahrus said during a reception for about 30 journalists from throughout East Asia, who had visited the school at the end of a three-day media forum on conflict reporting in Jakarta.

Mahrus said in one of his replies to questions from the journalists that the kyai believed Al Qaeda leader Osama bin Laden has generated the issue of Islamic jihad, which is carried out by terrorists who launch bomb attacks “to discredit Islam and to divide people". 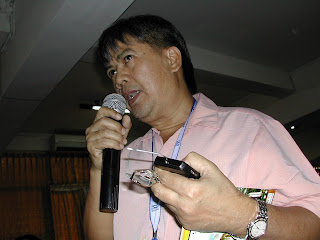 Suryadharma said terrorists gave Islam a bad name by claiming religious motivations for their attacks. He said terrorist networks were only a minor movement in the country and did not represent Islam.

“But they managed to capture a lot of attention as if they are a big [movement] in Indonesia,” Surydharma said.

Two of its most infamous students were Ali Ghufron and his younger brother Amrozi, two of the three Bali bombers executed in November 2008.

But of the estimated 14,000 pesantren in the country, fewer than 20 are considered radical or are suspected to have links to JI.

Syafii Anwar, the director of the International Center for Islam and Pluralism, previously said the reluctance of Islamic boarding schools to focus on pluralism and tolerance was a major obstacle to changing the mind-set of their students, leaving them open to radicalism and conservatism.

“Anyone can become a terrorist if he or she is being indoctrinated into a certain perspective” Syafii said.

“Economics is not the only factor in the making of a terrorist.” 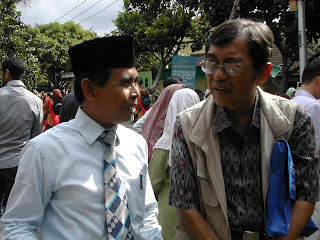 Ismira Lutfia is a Jakarta Globe journalist who attended the East Asia media forum supported by the New Zealand government, European Union and Indonesian government. This story was reported with input by Antara news agency.