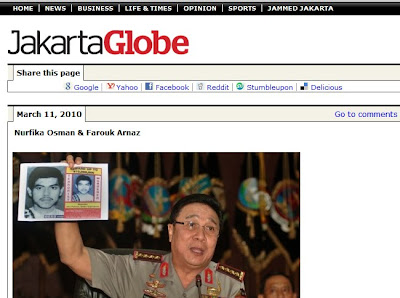 WHAT an irony that the Jakarta media headlines were focusing on a “terrorism training camp” scare in Indonesia’s western-most Aceh province and shootouts in an outlying suburb that left fugitive Dulmatin and two other suspects dead just when a regional East Asia media forum opened with a focus on the “intersections of conflict, culture and religion”.

The forum, jointly hosted by the New Zealand government, the European Union and the Indonesian government, brought together some 57 senior journalists and media educators from 16 countries to reflect on how well the region’s media is coping with complex new challenges to culture and conflict reporting.

Coinciding with the three-day conference, Indonesia’s President Susilo Bambang Yudhoyono was visiting Australia and Papua New Guinea and news commentators noted how the death of Dulmatin would ease Yudhoyono’s “task to convince the Australian public and Parliament that Indonesia is a key security and economic partner”.

The shooting of 40-year-old Dulmatin came as a shock as the Jemaah Islamiyah bomb-maker, strategist and financier was believed to be still in hiding with the Abu Sayyaf group in the Southern Philippines.

Some newspapers warned of a “resurgent and expanding military network” just as Indonesia seemed to be making spectacular headway against terrorist groups.

Indonesian and Filipino journalists at the media conference speculated on how many other terrorists may have slipped across the porous border triangle bounded by Indonesia, Malaysia and Mindanao in the Philippines, unknown to security authorities in all three countries. 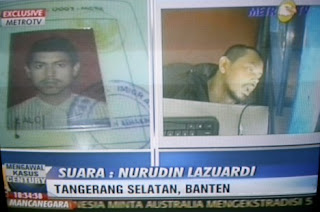 Media also commented on the high risk public ambush that killed Dulmatin – a onetime Islamic boarding school teacher suspected of being part of the 2002 Bali bombings - in a suburban internet café but, miraculously, this did not harm any bystanders.

Criticism also focused on sensational media coverage - especially by television of the drama - such as "terrorist manhunts, complete with graphic footage of dead bodies and puddles of blood sandwiched between comments from terrorism experts".

A day after the conference ended, two further terrorism suspects were killed in Aceh.

The conference irony was that Aceh and Maluku were both featured as examples of “post-conflict achievement” in contemporary Indonesia. 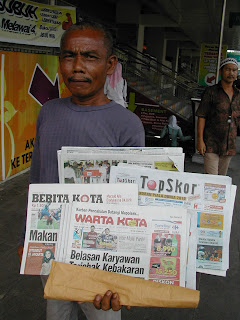 Two impressive speakers from the Maluku Media Centre, Lucky Sopacua and the Antara news agency bureau chief in Ambon, Muhammad Din Kelilauw, gave moving accounts of how both Christian and Muslim media people put aside their differences and worked hard to rebuild community trust in a shattered island province torn apart by religious conflict from 1999-2002.

A classic example of “peace journalism” having a strategic impact.

New Zealand has been a key supporter of the Maluku Media Centre with assistance for training.

Speaking on Aceh, courageous Jakarta Post reporter Nani Afrida, who had been a “frontline” journalist covering both sides of the war with the Free Aceh Movement (GAM) until the peace agreement in 2005 in the wake of the devastating tsunami, gave an insightful account of Aceh’s history of struggle and hope for the future.

Afrida has now “retired” from frontline reporting and has taken up economics reporting at the Post’s head office.

The conference opening featured a keynote speech by former Vice-President Jusuf Kalla, who has been touted as something of a regional peacemaker on the strength of his spectacular success at home with resolving several Indonesian secessionist and insurgency problems.

Kalla, currently Indonesia’s Red Cross chairman, blamed “inequality” as being mainly responsible for ethnic conflicts and separatist movements in Indonesia and in other countries.

His recipe for success included efforts to reduce “wealth gaps” in the process conflict resolution.

According to the Jakarta Post’s Lilian Budianto, Kalla is “preparing to play a role in peace negotiations in southern Thailand”, but he was reluctant to confirm this:

In 2005, the then vice-president offered Aceh separatists a special autonomy deal, including receiving 70 percent of the share of its natural resources yield, implementation of its own Islamic law and the formation of local parties.

The peace deal with GAM ended three decades of guerrilla insurgency in the impoverished province.

Apart from the Aceh peace deal, Kalla also successfully brought conflicting parties in the two provinces of [Central] Sulawesi and Maluku, in 2001 and 2002 respectively, to sign peace pacts when he served as coordinating public welfare minister under president Megawati.

Kalla is regarded as a strong negotiator who can “effectively convince hardline insurgents to put down their guns”, the Post quoted Sanata Dharma University history professor Baskara T. Wardaya as saying. 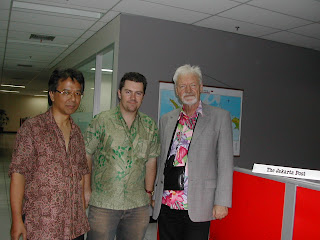 The Jakarta conflict and media conference had a strong line-up among is presenters and on the opening day, Monash University politics lecturer Waleed Aly, an Egyptian-Australian and author of People Like Us: How Arrogance is Dividing Islam and the West, gave an inspiring address on “culture, conflict and coexistence”.

Twenty nine of the delegates signed a strong open letter to President Gloria Macapagal-Arroyo of the Philippines in the wake of the Mindanao massacre last November when 32 journalists were among 57 people killed by a local politician’s militia.

"Their murder, and the death of countless other media workers in your country in recent years, will not be forgotten by us," the letter said. "We urge you, your government and the institutions of state to take the appropriate action to ensure justice is done and to create a better, safer environment for journalists in your country."

A proposal for a regional journalism training programme was inconclusive, especially when Filipino journalists questioned the need for such an initiative when at least two such regional programmes based in the Philippines were well established.

One of the highlights of the week came at the end of the conference when Pesantren Darunnajah Islamic Boarding School wowed delegates and presenters with an spectacular display of cultural and campus activities by the delightful students. 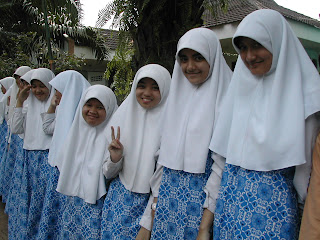