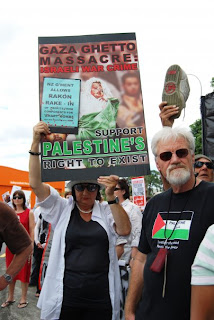 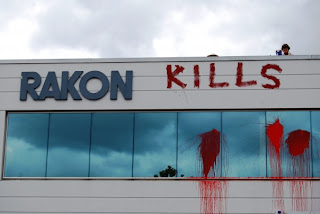 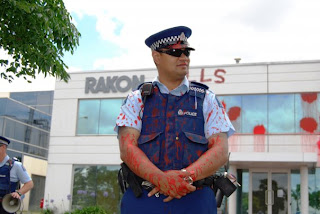 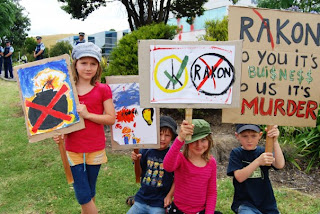 PROTESTS in New Zealand over the massacre in Gaza kept up the pressure in the hours before Israel unilaterally declared a ceasefire. In Auckland, red paint bombs - signifying the Gaza bloodshed - and shoes were hurled at Rakon Industries, a company alleged to manufacture crystal oscillators for bombs used by the Israeli military. Nearly 1200 Palestinians have been killed since the Israeli offensive began on December 27. Thirteen Israelis have died. Rakon protest photos by Del Abcede.

Incidentally, Gaza was among the topics in James Murray's new blog this week at TV3 - Views on the news. He isn't too keen on the lame name, but he plans to stir up the ethical minefields. All power to you, James.