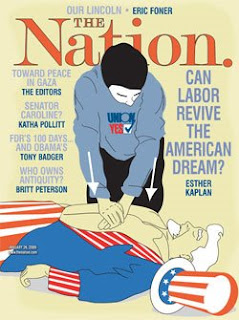 AFTER the impressive weekend protests in New Zealand - and globally - against the Israeli genocide in Gaza, The Nation has published a thought-provoking article by Naomi Klein on the "boycott, divest and sanctions" campaign that worked so well in bringing down apartheid. She argues:

It's time. Long past time. The best strategy to end the increasingly bloody occupation is for Israel to become the target of the kind of global movement that put an end to apartheid in South Africa.
In July 2005, a huge coalition of Palestinian groups laid out plans to do just that. They called on "people of conscience all over the world to impose broad boycotts and implement divestment initiatives against Israel similar to those applied to South Africa in the apartheid era." The campaign Boycott, Divestment and Sanctions - BDS
for short - was born.
Every day that Israel pounds Gaza brings more converts to the BDS cause, and talk of ceasefires is doing little to slow the momentum. Support is even emerging among Israeli Jews. In the midst of the assault roughly 500 Israelis, dozens of them well-known artists and scholars, sent a letter to foreign ambassadors stationed in Israel. It calls for "the adoption of immediate restrictive measures and sanctions" and draws a clear parallel with the anti-apartheid struggle. "The boycott on South Africa was effective, but Israel is handled with kid gloves.... This international backing must stop." 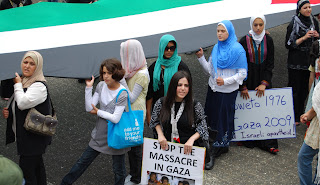