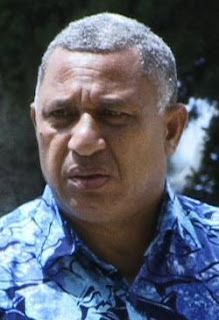 ONE OF the curious things about this second phase of Fiji’s fourth coup, or "Coup four and a half", as one news blog dubs it, is the limited analysis in the New Zealand press.

Radio New Zealand’s Sunday and TVNZ's Media 7 and a handful of fringe radio and television programmes have tried to add some depth to the debate, but apart from one or two analysis pieces from predictable commentators far from the scene there has virtually been nothing in the newspapers. None of the regional and international commentators from the University of the South Pacific - including military specialist Dr Sitiveni Ratuva - have been used – even when there was a window of a opportunity before the crackdown snuffed out dissent. NZ media largely concentrated on the expulsion of three journalists in the first few days of the crisis. A small range of politically correct sources who would be safely vigorous in their condemnation were used. No scratching of the surface.

What we witnessed was another coup ranking with Sitiveni Rabuka’s second coup in September 1987, four months after the original May rebellion that launched Fiji’s so-called “coup culture”. But unlike all the previous coups, Voreqe Bainimarama’s consolidation of power didn’t even make front page news in the largest paper, New Zealand Herald. Instead, only a couple of single column items were tucked away in the paper over Easter weekend.

One of the more unusual analysis pieces to come out internationally is perhaps a piece on “Fiji’s coup crackdown” carried on the ISN (International Relations and Security Network) website today. Based on solid information on the ground? Hardly. The author, security analyst (and Middle East specialist) Dr Dominic Moran is safely in Tel Aviv, thousands of kilometres away from Suva. His sources? Auckland University academic and Pacific specialist associate professor Hugh Laracy (somebody who could have been better used by the New Zealand media for commentary) and an unnamed “Fijian media commentator”. A photo accompanying the article transformed the sky blue Fiji flag into a blood red ensign (it's actually the maritime version). Nevertheless, in spite of the distance, it was a reasonably fair backgrounder. While Laracy talked about the commodore’s attempts to build a “more inclusive” society free of the race political baggage, the mystery “commentator” concentrated on gloom and doom:

The country is on the verge of bankruptcy. Overseas investors are reluctant to invest because of the country’s political climate. The cost of basic food items are sky rocketing and thousands of families cannot afford to put food on the table. Many people will lose their jobs because the private sector will not be able to generate new jobs – it’s a very, very bleak future.

In the Philippines, a New Zealander has been arrested as a suspect involved in the Makati City business mutiny in 2003. According to the Philippine Daily Inquirer, a Kiwi was seized along with six retired and unnamed military officers by special police. Chief Superintendent Leon Nilo dela Cruz gave no information about the New Zealander’s alleged involvement with the ex-soldiers (now training as VIP security officers), but he had been found to “have an expired tourist visa”, the paper said. Authorities were still questioning the arrested group over alleged involvement in the shortlived uprising in the exclusive Oakwood Apartments in Makati City in July 2003.

The red flag is for maritime use... so the pic could have been of the back of a fiji registered boat.