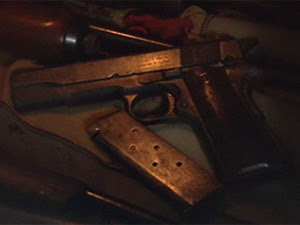 BARBARA DREAVER’S exclusive TVNZ report from Samoa this week on gunrunning and drug peddling featuring a group of kids (some masked) has struck a chord in the region. A bit too much in Samoa. One of the young bloods featured in the programme was forced to drop his bravado and apologise in tears. Savali ran a story questioning the integrity of the report. And now TVNZ has issued a statement defending the story as ripples flowed through the Samoan community both in Aotearoa and NZ. Editor Paul Patrick declared:

TVNZ stands by the investigative story it aired on Monday [April 6] night exposing gangs engaged in smuggling drugs and guns into Samoa from NZ and the USA. We believe the story was a very real, accurate and fair portrayal of the criminal activity happening in Samoa and will continue to follow this story as it unfolds. Protecting news sources is of the highest priority to TVNZ News and you cannot underestimate the seriousness with which we take this fundamental journalism ethic on a story such as this – therefore we will not comment on any aspect of the story or how we sourced it, including our news crew’s movements in Samoa.

Tupuola Terry Tavita, writing in Savali, described how since the screening of the One News item, an alleged gang member, Vaitagutu Lefano, interviewed by Dreaver, had claimed they were asked by the reporter to "play act American gangsters". He also claimed the alleged cannabis they had been smoking was instead "just rolled-up tobacco".

The whole episode was staged, claims Lefano. "She told us to act like American gangsters and we thought she was shooting a movie. We didn't know she was doing the news." Not so, says Barbara Dreaver in a telephone interview with Savali. "We took video footage the moment we stepped off the car and those boys were already heavily into it…we also asked them to cover up they faces but they didn’t want to."

On supposed rolled-up tobacco, Dreaver says, "well it didn’t smell like it." Dreaver describes the knife and axe-wielding youths she interviewed "as little guys and not the major players." "They were just guys who sold drugs." A teary-eyed Lefano, who appears in his teens, made a public apology on TV One last night "for the misery our stupidity had caused the country". "We're not gang members, just a bunch of harmless boys messing around.”

Police Commissioner Papalii Lorenese Neru told Tupuola that the youths' actions on television amounted to public intimidation and were being investigated. The saga reminds Cafe Pacific of an event in Fiji in 1998 when Monasavu landowners - unhappy about the lack of state royalties for the Wailoa dam in the Viti Levi highlands that supplies 80 percent of the country’s electricity - staged an “intimidating” protest. Daubed in warpaint and wielding traditional clubs, spears and machetes, their protest sparked a complaint to the Fiji Media Council against Fiji Television for screening the item. But clearly for the average viewer it was theatre and not at all threatening.