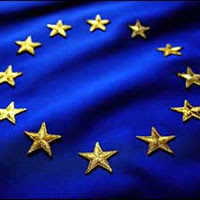 SO THE 30,000 Fiji Islanders directly affected by the sugar industry are now being made to suffer – along with another 200,000 people whose livelihoods are in some way linked. Just days before the harvesting season seriously gets under way. While the politicos and media flacks in New Zealand and Australia are rubbing their hypocritical hands with glee, cane growers are wondering how to survive. Now that the European Union has confirmed it will not be paying the 2009 sugar allocation for sugar industry reform (worth more than $US30 million) for the second year running, it is a matter of looking to Plan B. The EU has blocked the sugar assistance because of the military-backed regime’s refusal to return the country to democratic rule (until 2014).

When the funds were first suspended, Fiji was found to have breached the Cotonou agreement between the EU and the ACP bloc of countries (Africa, Caribbean and Pacific). Speculation was rife about whether Fiji regime censorship would gag this story, but it has at least slipped past the censors on Fijivillage News and Fiji Daily Post websites. Fijivillage added that it had been told that regime leader Voreqe Bainimarama said – before flying out to sugar meetings in Guyana and Brussels - that the governments of Australia and NZ were “trying to collapse the Fiji economy”.

Sabotage in other words. And yet another relentless push into railroading Fiji further into the arms of China and chequebook diplomacy. Chinese aid to Fiji has soared after the December coup - from $US23 million in 2006 to $US160 million in 2007 and still climbing.
Posted by café pacific at 1:19 AM

This view of Bainimarama being pushed into China's arms are becoming tired and baseless.

China has more pressing issues to worry about like their drop in exports and their economy propping up the world. They will certainly be penny-pinching more so now.

Therefore throwing a few mill down our way prop up an illegal regimes as part of "enlargement" and increasing their influence is probably low on their priority list.

Besides they don't do anything for free.